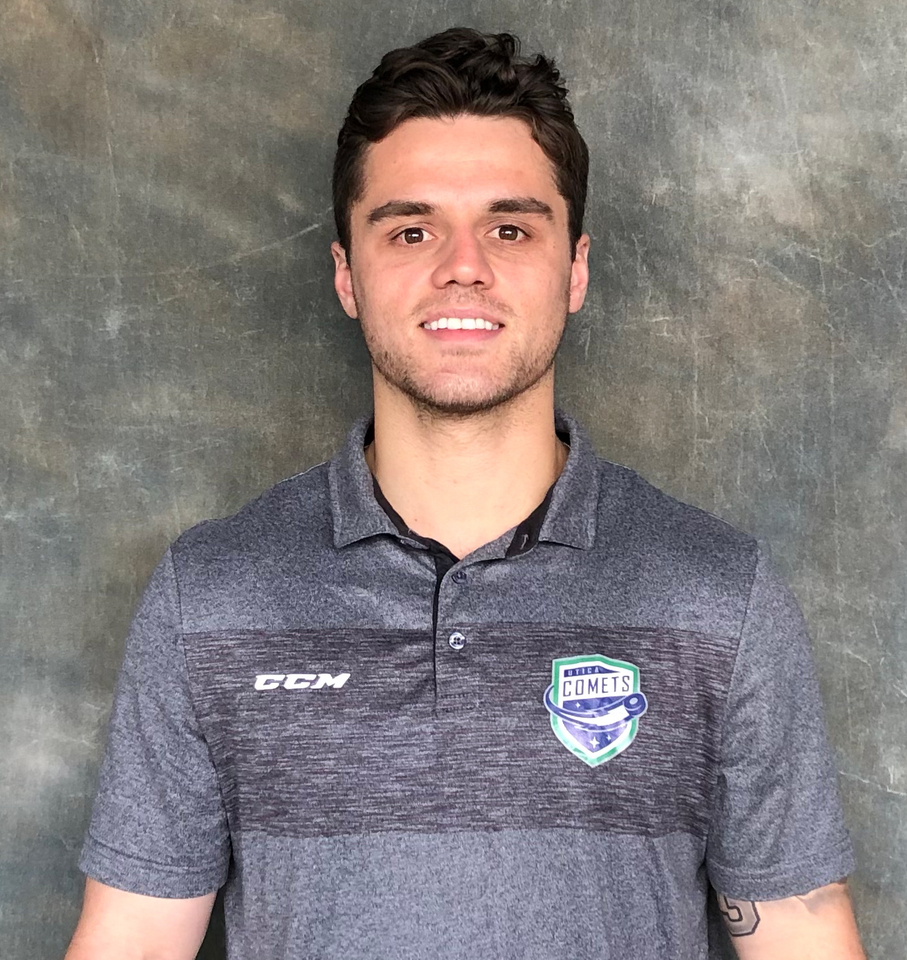 Vice President of the Utica Comets Adam Pawlick announced today the appointment of Shawn Lynch as Head Coach of the Comets’ Premier junior hockey team. A native of Camillus, NY, Lynch has spent the last year coaching at West Genesee High School as an assistant under Head Coach Frank Colabufo.

He currently works closely with Salt City Prospects, a skill development program for Junior hockey aged players that are looking to develop their on-ice skills that will prepare them for junior and college hockey.

Lynch played four years under Gary Heenan at Utica College and was part of the 2017-2018 UCHC Championship team. He played one season in the SPHL with the Macon Mayhem in the 2019-2020 campaign.

“I am honored and excited to be named the Head Coach for the Utica Junior Comets Premier team as well as the assistant for NCDC under Louie Educate,” Lynch commented. “I look forward to coming back to Utica and being a part of the awesome hockey community here. It is going to be a great experience and I’m looking forward to helping our players develop and to prepare them for their futures on and off the ice.”

“Shawn will be a great addition to our staff as our Premier Coach,” said Comets Vice President Adam Pawlick. “His experience at the college and professional levels will influence each of our players to excel in their hockey careers. Shawn’s commitment to hockey in the Mohawk Valley will be instrumental in developing young players both on and off the ice.”